Today I recall a seven year journey  of Emanuel’ (my son’s) life.  Even though the journey lasted only for 7 years - there is so much I have experienced and learnt from him.  Out of the many things, I picked up seven beautiful qualities that inspired me and continues to inspire me.

1.      Laughter – the most fascinating aspect of Emmanuel was his smile, he smiled with his eyes, and I loved watching him smile, though he was a special child, he was a charming and naughty. I remember the way he used to pull me from behind and run to hide, and I would pretend as though I have not seen him, and when I catch him in his mischief, he would laugh loudly. 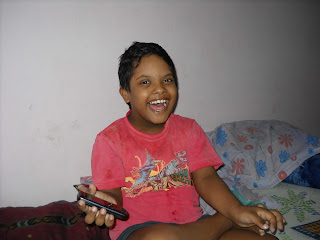 2.      Thankfulness – is another aspect that made me fond of him, he was not able to articulate even till the age of 5.  Most of the time he spoke in actions. He was a quiet child, and we had to help him with everything. I recall the days, when I use to bathe him and carry him to wipe and change his clothes, he would be so excited that he would embrace me tight and kiss me on my cheeks. And whenever I brought a chocolate or a toy he would just hug me tight and express his thanks. 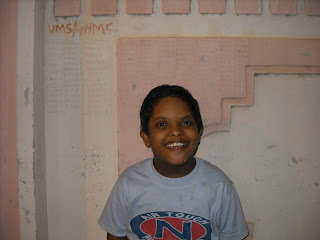 3.      Happiness –I always saw Emmanuel happy, never worried me or anybody else in the family.  It used to be so very contagious, that I would just imagine his presence, and feel refreshed. It was very rare to see tears in his eyes, and only on few occasions he really cried hard.  Once when he fell from the cot while sleeping, another time at the clinic when I used to take him for immunization.

Other times, I could see him upset when his sister snatched his toy aeroplane, and when my husband shouted for having thrown his cell phone in the water.  He took joy in small things, loved to play in the water, enjoyed cycling, in fact loved to go around in his cycle 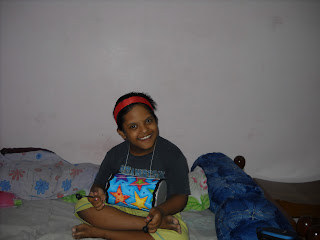 4.      Warmth & Friendly –Emmanuel was very warm and extremely friendly, to anyone who came home, and sometimes even strangers at public places. Befriending was so natural to him; it came effortlessly, and felt very much at home.

Living in a flat and balancing home & career, it has not been easy to move around in the neighborhood.  Emmanuel had no problem to walk into any house, sometimes I would feel uncomfortable to enter into neighboring house, but Emmanuel had no problem to go and rest, use their toilet and watch TV. The friendliness and warmth is something very cute that I can never forget in my life. 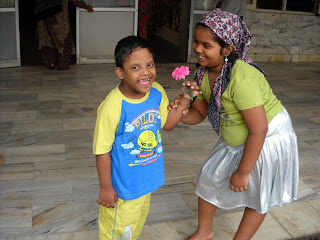 5.      Kindness– Emmanuel was very kind, and he expressed his kindness in many ways.  Whenever someone came home he would run open the door with a big smile on his face, and move the chair ushering them to sit.  He would even offer a glass of water.  He would share his cycle with his cousin and watch them play.  Sometimes I found children snatching from him, and he would still stand and smile and I used to get angry with them.

I recall when I took him to my daughter’s school for a fete, he loved ice cream, being prone for respiratory issues, I used to get scared to buy him one, but I did not want to deprive my daughter, because of Emmanuel, so would buy for both of them, and for Emmanuel I would melt it and give him so that he does not feel deprived. He would take a spoon and share it with his sister and whoever was next to him. 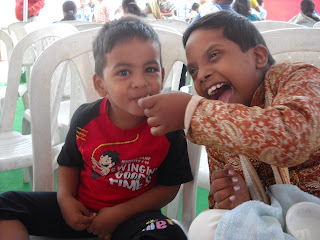 6.      Cheerfulness – Emmanuel was always cheerful, even when he is sick, he will bring smile to his face. So many times he will have fever and cough, but he will never cease to smile. Even at the clinic meeting the doctor, he will smile and shake hands with the doctor.  The doctor would give him a chocolate, and he will bring it and give it to his sister. 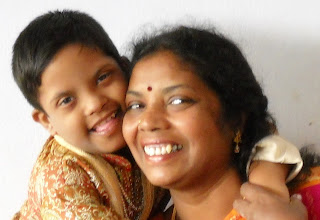 7.      Playful – Emmanuel loved to play, he would pull us when we are down and ask us to join him in playing with him. He had the habit of playing with teddy bear, soft toys; he will play with his sister’s bag, cell phone; He will find small towels, kerchiefs and put it in the water, make it wet and pretend it to be drying.

He will wear his father’s shoes and go around the house; He would also take his sister’s frock and wear; He would empty the powder box on his face and will come and stand in front of me, looking at his mischievous smile; I would carry him and hug him.

It’s almost will be 2 and half  years that he is  no more, but he continues to brighten my day, I feel happy to have had him for seven years and the impact he created will last a life time.
writetribe.com

Genevive Angela
I believe every person has a purpose of this earth - I am enjoying my journey evolving and finding my own purpose in life:)

Glad to be Part of Gratitude Circle 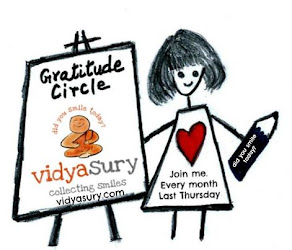 Join us Every Month !!